Castle of Beauregard and the Gallery of the Renowned, Loire Valley

Castle of Beauregard is located south of Blois, and you can reach it in few minutes by car. It isn't as popular as Chambord or Chenonceau, but it definitely deserves a visit.

This castle was known  as a hunting house for the King Francis I , but Paul Ardier, treasurer of the King Louis XIII, gave him his major treasure : a collection of 327 portraits of the European history key characters. 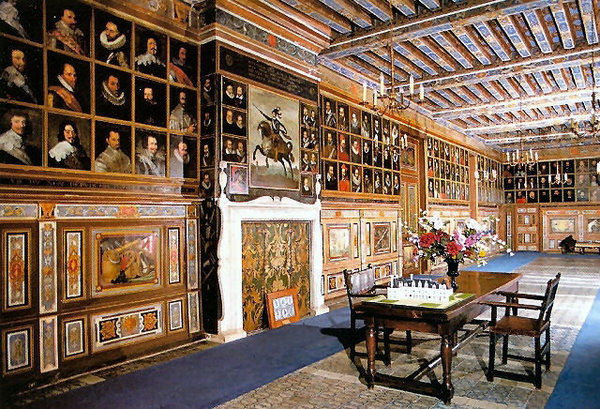 This collection is shown in a wonderful room, with a lapis-lazuri ceiling and a floor made of 5600 earthenware tiles. 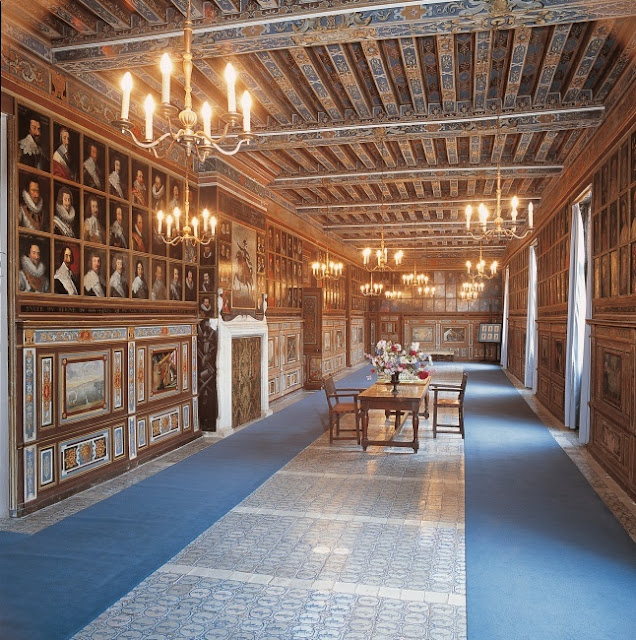 And, if that isn't enough, you will be impressed by the authentic 15th century kitchen.

The castle is surrounded by 4 hectares landscaped park with hundreds of plant varieties.

If you are still not convinced that you have to visit Beauregard castle, you can look to the below video😄

Cheverny castle : tulipes, a pack of a hundred hunds, an exhibition about Tintin and an amazing castle, all in one

Cheverny is a castle near to our town Blois. It was never a royal castle like Blois or Chambord castle, but it was the property of a noble family, the Huraults. And 600 years after, it’s still the property of the same family, which is a rarety in Loire Valley.

The castle
The castle interior is really nice and well furnished. The most impressive for the children is the Arms Room, the greatest room of the castle, full of armours, swords and all possible medieval weapons. All rooms and objects are perfectly preserved.
For the amusement of children, the castle proposes a Mystery Game. The children will have to use their memory and their sense of observation the answer several questions, and to find the solution of the final enigma.

The hunting dogs
The owners have a pack of hunting dogs, near 100 hundred beats. Your children will be real surprised to see so many dogs in one time. The dogs are fed at 11.30 am, and it ever a fun time.

The tulips
100 000 tulips have been planted in the garden. Between March and April, these flowers form a large coloured ribbon.

An exhibition about Tintin universe


The permanent exhibition takes place in a house near the castle, and has been created with the Hergé Foundation.Rooms after rooms, you will discover the Tintin universe, and get the impression of entering into the comic.

Posted by Marion at 3:26 PM No comments:

Today we will show you the blog of Chris, Sarah and little Jack, an Australian family who is travelling around the world. 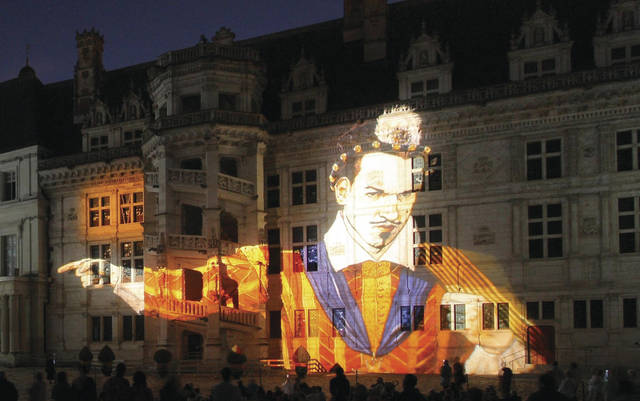 Last year, we took our children in the Blois Castle, to see the sound and light show. We were in the courtyard, surrounded by the 4 great wings of the castle, with the white and great outside staircase built by Francis I in front of us.


The courtyard floor was damn hard !
After some minutes, we seated on the paved floor, in the falling night. It was really uncomfortable, this floor is damn hard, but when the show began our sore bottom was forgotten.

The show is amazing !

During the 45 minutes show, a voice tells intrigues and dramas that have taken place in the castle, and the 4 wings of the castle are illuminated by different lights to show pictures linked with the story or to highlight the castle walls. 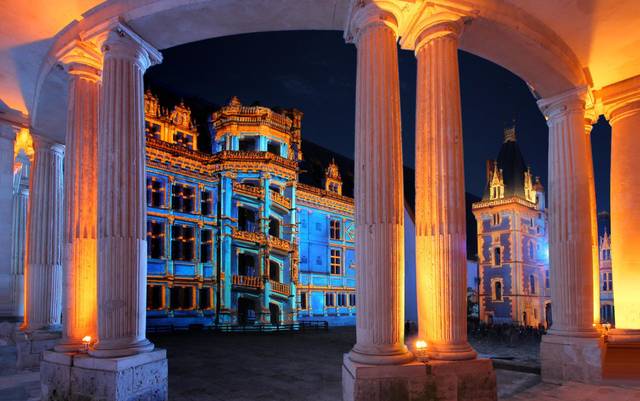 The castle is totally transformed by the lights,and it seems really magic to see it move, scene by scene. 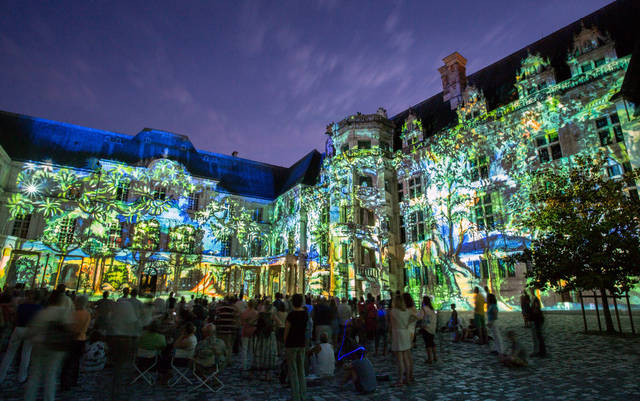 About the story, it was impossible to follow it for the children, and it could even be difficult for adults who don't know well the French history. The storyteller doesn't follow the history, he just picks some events regardless their chronological order. It was not really a problem for the children, they were so astonished by the light show that they didn't really care about the story. But for adults, it could seems a little messy. 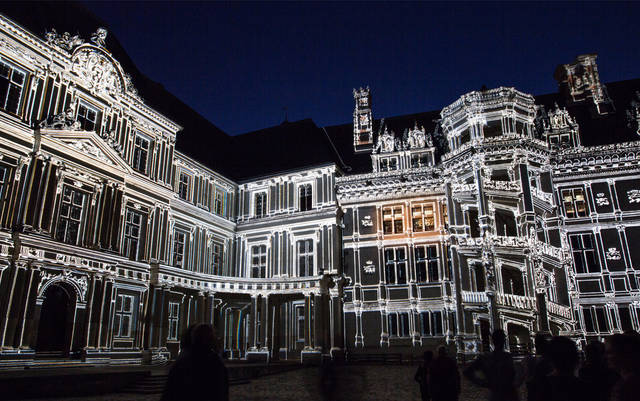 However it was a nice show, really impressive.

You can see the show from 1st April to 24th September, around 10pm. If you buy combined tickets with the Blois castel and the House of Magic, you will save some money. The show is in French but you can use an audioguide to have a translation in English, German, Italian, Spanish, Brazilian Portuguese, Dutch, Russian, Chinese and Japanese.

And you, travellers, have you seen the Blois castle sound and light show ? Have you been pleased ?

Posted by Marion at 9:04 PM No comments:

Today I want to share this little video about Loire Valley. In 36 seconds, you will see a summary of nice family activities offered by the Loire Valley. Chambord castle, zoo de Beauval, Blois castle, boating on the Loire river...

I read a lot of time that the interior of Chambord castle does not deserve visit, because it is empty. That's not right for two reasons : even empty, the touring would be interesting and the castle isn't empty at all.

If your children have seen enough castle for all your holidays, you should offer them a hiking in the Loire Valley. And when they will complain about their tired feet, tell them you will hike with a donkey ! I'm sure you will be rated as a the mother of the year !